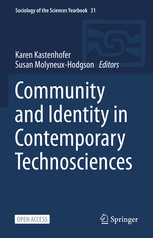 Science has traditionally been one of the most international activities. Long before political and economic European integration started in the mid-20th century, researchers were collaborating and exchanging knowledge across national and organisational borders. During the past decades, international research collaboration has increased due to a number of processes internal and external to science such as increasing complexity and specialization of research, interdisciplinarity, need to address Grand societal challenges, increasing costs as well as institutional and policy incentives and funding schemes such as the European Union’s (EU) Framework Programme for funding research and innovation.

As international research collaboration has been increasing and more national and EU public funds are being invested to facilitate it, questions of how, when and why such collaborations work and do not work become increasingly relevant. How, why and by whom are collaborators chosen? How the aims and topics of collaborations are defined? And how are collaborations organized? These are some of the topics that I address in my recent publication Self-Organisation and Steering in International Research Collaborations (Ulnicane 2021). My contribution is part of an edited volume Community and Identity in Contemporary Technosciences (Kastenhofer and Molyneux-Hodgson 2021) which benefited from discussions and exchanges at the workshop in Vienna in 2017.

My chapter in this volume builds on my longer term research on international scientific collaborations and extensive empirical research including analysis of scientific publications, organisational, project and CV data as well as 61 interviews and 31 site visits to research institutes in Germany, France, the Netherlands, Belgium and the United Kingdom (Ulnicane 2015).

While international research collaborations are often seen as something positive and desirable, they can also have more problematic aspects such as those related to power dynamics and funding pressures.

Increased funding and support for collaborations from the EU, national agencies and universities can face some backlash when it comes with instructions with whom and how to collaborate prioritizing certain countries, organizations and topics. Researchers often seen such conditions attached to funding as ‘arranged marriages’ or even ‘forced marriages’ that require them to collaborate with partners who are not scientifically the most interesting and relevant ones. They see it as an interference and argue that it leads to ‘artificial networks’ brought together by funding and institutional requirements rather than intrinsic scientific motivations.

A strong dislike among many researchers towards policies that lead to ‘arranged marriages’ sometimes make them nostalgic about ‘good old times’ which are remembered as providing scientists with a lot of freedom to choose their collaborators as well as topics and modes of collaboration. This nostalgia is characterised by a sentiment that ‘scientists know best’ how to collaborate among themselves, while policy-makers and administrators would do best not to interfere apart from providing unconditional support for such endeavours, in particular if they are scientifically productive.

While this approach might have indeed produced interesting scientific results on many occasions, it has not been unproblematic. One well-known problem is that many scientists prefer to collaborate with partners similar to themselves leading to creation of ‘old boys’ networks’ that exclude women and researchers of other ethnic and racial origin. While supporters of free collaborations claim that they are only interested in most scientifically relevant partners, there is plenty of evidence to suggest that collaborator choice can also be based on stereotypes about who is perceived as competent.

Beyond ‘good self-organisation’ and ‘bad steering’

My research on international research collaboration (Ulnicane 2015; 2021) suggests that in productive collaborations self-organisation and steering can interact and even reinforce each other when expansion of self-organised networks is supported by funding which encourages diversity in terms of disciplines, nationalities and gender. Rather than seeing self-organisation as always good for collaboration and steering as counterproductive, both of them have their advantages and disadvantages. Self-organisation can offer a lot of scientific freedom in choosing partners, topics and modes of collaboration but it can also suffer from limited network and resources. Steering can come with conditions and compromises as well as with heavy administration but it can provide resources for growth and opportunities to learn from new and unusual collaborators. It is important how these different factors interact in a way that is reinforcing and productive rather than hampering and hindering for collaborations.

While it is important to understand and observe dynamics of self-organisation and steering and their interaction, there are many other things to consider when examining collaborations. Rather than assuming that collaborations are good and coming up with simple recipes, it is crucial to reflect carefully when and what kind of international research collaboration can achieve certain purposes. And when it might also be necessary to provide a space for individual research that involves closer or looser interactions with relevant scientific communities.

Dr. Inga Ulnicane is working on science, technology and innovation governance, politics and policy. Her publications and commissioned reports focus on topics such as Artificial Intelligence, dual use, Grand societal challenges, and European integration in research and innovation.