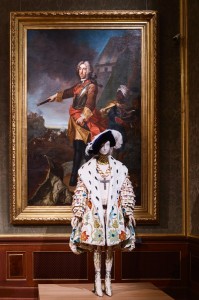 Tackling Grand societal global challenges has become a popular goal of knowledge policies and governance including many science, technology, innovation and higher education strategies and initiatives. Over the past 15 years, the European Union, many international organizations, national governments, private foundations, scientific societies and universities have declared their priority to address societal challenges in the areas such as environment, energy and health. Why and how does the Grand societal global challenges concept have become such a popular idea? Where does it come from and what kind of change does it involve? In my recent article ‘Grand Challenges’ concept: a return of the ‘big ideas’ in science, technology and innovation policy? (Ulnicane 2016), I trace the origins of this concept and its global diffusion and analyse it in the context of a long-term evolution of science, technology and innovation policy.

Origins and global diffusion of the Grand challenges idea

The Grand Challenges concept became popular in 2003 when Bill Gates announced his Grand Challenges in Global Health programme to fund research on diseases affecting people in the developing world. He presented the Grand Challenges idea as based on a century-old model referring to the famous 1900 speech by German mathematician David Hilbert, in which he formulated 23 unresolved mathematical problems that influenced mathematical research in the 20th century. Soon after the Gates announcement, the idea of Grand Challenges started to spread globally being taken up by governments, universities and scientific societies in particular in the United States, Canada and the United Kingdom (see Box 1). Popularity of the Grand societal challenges idea increased during the times of economic crisis when the need to increase legitimacy and impact of science, technology and innovation and present them as sources of future sustainable growth and wellbeing increased.

Although the Grand societal challenges concept has become popular and widely used around the world, the way that it is taken up in different contexts can vary considerably. Nevertheless, some typical features of this idea can be identified: tackling Grand Challenges usually involves addressing real-life problems that request boundary spanning collaborations across different scientific disciplines, sectors and countries involving heterogeneous partners from research, engineering, business, policy-making and civil society.

Are these characteristics new? Taking a long-term view on the evolution of science, technology and innovation policy since its emergence after World War II, a number of similar earlier ideas can be recognized. Already in his 1939 book on the social function of science Bernal argued that science has to assist human needs. More recently similar ideas can be found in Mode 2 approach focusing on knowledge production in the context of application, transdisciplinarity, heterogeneity, reflexivity, social accountability and quality control as well as in the ideas about the third mission of university arguing that in addition to the two traditional missions of teaching and research universities also have to contribute to social and economic development. Similarly, the need for collaborations and interactions among heterogeneous partners is well known for example from triple helix approach emphasising university-industry-government interaction. Furthermore, international collaboration has been well established research practice (Ulnicane 2015) already for a long time.

Thus, in the case of the Grand societal challenges concept it is possible to see important continuities of earlier ideas and established practices. At the same time, the concept also presents a novel combination of earlier ideas and established practices by focusing on tackling global real-life problems through boundary spanning collaborations among heterogeneous partners. For a better understanding of this new combination of different features it would be necessary to study how and by whom ‘real-life’ problems to be tackled are defined (as ‘real-lives’ can differ considerably), what motivates different partners to contribute to boundary spanning collaborations, how local, national and global concerns are addressed in such collaborations, etc.

Grand societal challenges concept: Just a fashion or a paradigm shift as well?

Popularity of the Grand societal challenges concept suggests that it has become a new fashion in knowledge policies similar to earlier fashions such as Mode 2 knowledge production in the 1990s and the term Big Science in the 1960s (Rip 2000). As earlier fashions in science policy, the Grand societal challenges concept captures a feature of science that has become more relevant and creates an occasion for policy-making (Rip 2000: 29). Additionally, two types of response identified in the cases of earlier fashions can be seen: some policy makers, analysts and enterprising scientists embrace the new fashion, while others especially from the old elite and spokespersons for established science reluctantly accommodate ongoing changes (Rip 2000: 31). At the moment, the Grand societal challenges concept is only one of fashions in knowledge production; other – similar and contrasting – contemporary fashions include scientific excellence, impact, open science and responsible research and innovation.

Being a fashionable policy concept does not require that it is a completely new idea. The same way as the latest fashion collections can draw their inspiration on art and traditions from earlier decades and centuries, also fashions in science policy build on earlier (and sometimes forgotten) ideas and practices. (Exhibition ‘The Vulgar: Fashion Redefined’ demonstrates how renown contemporary fashion designers use elements from the Greek mythology, the portraits of the Dutch Golden Age, post-revolutionary France etc.)

But how deep and far-reaching are the policy changes brought by the fashionable Grand Challenges concept? Is this just a new label for incrementally changing policy ideas and practices or does it present a paradigm shift in science, technology and innovation policy? Does the Grand Challenges concept present a new policy paradigm, i.e. ‘a framework of ideas and standards that specifies not only the goals of policy and the kind of instruments that can be used to attain them, but also the very nature of the problems they are meant to be addressing’ (Hall 1993: 279)? To assess the magnitude of the changes, a systematic study and comparison of earlier and recent science, technology and innovation policies would be necessary addressing questions such as, e.g. If and how the hierarchy of policy goals and the nature policy problems have changed? How are these changes translated into new policy instruments? Are some old policies discontinued? Does the focus on societal challenges lead to the radically new ways of defining, implementing and evaluating policies? Or is the current fashion of Grand Challenges rather a ‘normal policy-making’ (Hall 1993: 279) with some broad continuities and some changes in policy instruments and their settings?

Dr. Inga Ulnicane (University of Vienna, Austria) undertakes research and teaching on global and European science, technology and innovation policy. Her research has appeared in Science and Public Policy, Journal of European Integration, Journal of Contemporary European Research and International Journal of Foresight and Innovation Policy. She has completed a commissioned study on the European Research Area and knowledge circulation for the European Parliament. She is one of conveners of the ECPR Standing Group ‘Politics of Higher Education, Research and Innovation’ bringing together more than 170 researchers from around the world.