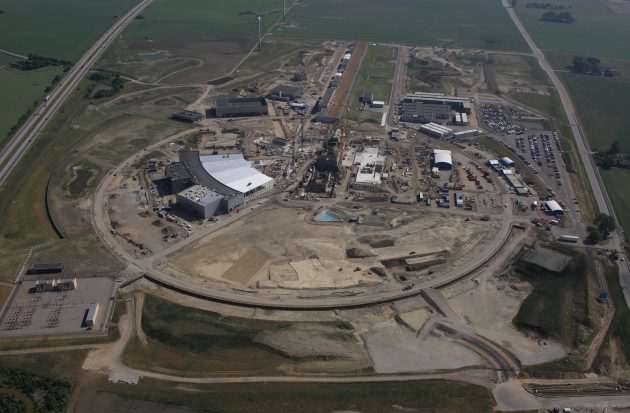 We are witnessing the emergence of ‘grand challenges’ impacting societies on a global scale. These include climate change, artificial intelligence, and access to resources. Large-scale research and internationally coordinated collaboration in science, technology and innovation (STI) policy are viewed as the means by which we may find solutions to these challenges while at the same time contributing to scientific progress and basic research. The importance of international research organisations that combine large-scale research and multilateral collaboration are therefore expected to increase.

Considering these developments, it is time to thoroughly examine the main concepts and the role and influence of actors and different processes in policymaking on research infrastructure and ‘Big science’. An understanding of these phenomena will help professionals optimise these collaborations and may have further applications elsewhere in STI policy.

Rising attention for research infrastructures in Europe and beyond

In the past two decades, the European Union (EU) has established itself as a key actor in European innovation policy by virtue of the European Research Area (ERA) framework, as well as the intensified programmes under Horizon 2020 and the creation of the European Research Council (ERC). Another important component of current EU innovation policy is the focus on research infrastructures (RIs) and the identification that pan-European RIs function as a “pillar” of ERA and a “motor” of the European knowledge-based economy. This prominent role of RIs in EU policy-making is an under-researched area in science and innovation policy studies, as well as European studies. Although there is much to suggest that the institutions and processes of policy-making act out in partly new ways in this area, with new dynamics of decision-making and new constellations of actors involved.

In the United States, we observe pronounced research systems that developed in the post-war period. Many of the technologies we depend on today developed as a result of mission-oriented research policies where the government took active steps to shape markets. Through its many funding agencies including the National Science Foundation, the National Institutes of Health, and the Defense Advanced Research Projects Agency, the American research system provides a model that many try to emulate with varying results. Now we witness a retreat in some fields of publicly funded research as government allows the private sector to fund significant basic research. We also observe some sub-domains of applied research, particularly in space, being yielded to private enterprise with the government incentivising such work in the form of resupply contracts to the International Space Station. While the gravity of some research has shifted to Europe such as high energy physics, the United States still plays an important role in providing funding and industrial capacity.

Elsewhere, new players are entering the stage of big science research. China is investing heavily in new laboratories such as the China Spallation Neutron Source (CSNS). Both China and India are pursuing ambitious programmes for space exploration. The increasing interest in mega science projects may present new opportunities for international collaboration.

Each of these developments deserves to be studied in detail from multiple disciplinary and international perspectives.

In January 2018, a group of junior researchers focusing on research infrastructures were brought together for seminar at Lund University, where a research project on “The Rise of the New Big Science: Opportunities and challenges for nations, universities and science” studying present efforts in Lund to construct a new Big-Science facility the European Spallation Source (ESS).

The seminar resulted in a successful panel proposal for the ECPR General Conference 2018. The next step planned is the establishment of an interdisciplinary network to bring together researchers focusing on big science and research infrastructures. The aims of the network is to provide a forum for researchers around the world to exchange knowledge and experience on various aspects of big science and research infrastructures and therefore bring forward a very young field of research. Network members have a variety of backgrounds and analytical perspectives; these include historical studies, political science, psychology, sociology and physics. If you are interested in our activities or would like to get involved please contact Nicolas Rüffin for further information.

The next major event will be the panel on “Research infrastructures in Europe: Big science, Big Politics, Big Decisions” at the ECPR General Conference in August 2018, which is composed of four papers reporting on a variety of studies. The contributors of the panel deal with different aspects of European scientific collaboration in view of Big Science and Research Infrastructures, which is characterized by incoherent policymaking and ad hoc solutions. Nevertheless, European countries are able to come together and establish world-leading RIs despite the lack of pre-existing frameworks. The panellists examine different facets of this puzzling contradiction. These include looking at the role of the EU in coordinating and improving strategic planning, the history and politics of bilateral and intergovernmental collaboration, and different tools of policy-making such as foresight and roadmapping.

The panel will constitute a much-needed effort to raise visibility to these topics and begin a debate on the main concepts by analysing what actors and processes are involved in policy-making around RIs in Europe. Furthermore, we hope to be able to reach other researchers interested in the topic, in order to continually growing the network.

[i] Authors are listed in alphabetical order.