Ideals help us to see not only the trees or the forest but also the space between the trees. So, what is scientific research compromising?

The next question was to know how these ideals influence researcher’s work. I looked into 30 knowledge networks of researchers working in 4 higher education and scientific institutions in Catalonia. Findings showed that the majority of researchers choose their most important ties for their knowledge creation according to human values. The analysis showed a high correspondence between the personal knowledge networks and a permanent structural aspect of knowledge networks that is based on the role played by values in knowledge creation. Amidst the turbulence of academic life, respondents stick to their personal networks whose strongest ties are based on human and scientific values. Thus, scientific and personal values tend to be more appreciated as drivers for strongest ties than collaboration or expertise. However, and not surprisingly, these values and ideals were more highlighted by older researchers than by younger researchers. Scientific generosity, openness, guidance, true friendship, companionship and purposeful research were the main values named by the informants.

In any scientific endeavour or in any education institution structural relationships must have a certain degree of duration and permanence. When these structural relations are embedded in useful and practical human and transdisciplinary ideals, they become the permanence and refuge in every quest for knowledge in face of any conjunctural fluctuation. Structural relations and scientific inquiries embedded in ideals are comparable to the circulatory system of an organism, in which liquids move faster or slower, but those moves don’t imply a deep modification of the veins. That is the permanent structure that entails the circulation and, analogously, that structure is a stable support to the continuous agitation and variability of scientific research and educational practices. This permanence dimension provided by ideals and values plays a crucial role in the characterization of the structural models (as shown in the analysis of their knowledge networks) and complements past and current educational models.

Ideals and values are present when we ask researchers about why they started doing research on a specific topic and also about their working and thinking styles. However, regarding their working styles there is a clear mismatch between what and how they would like to work and how they actually work. This mismatch is a result of several constraints and struggles that researchers face (Rostan &Vaira, 2011[i]). It is also important to notice that ideals and values become subjectified objects that afford layers of professional meaning and significance and undertake symbolic and actual confrontations that have never been intended or even conceived by their creators. The other side of this is raised by the new features of modern education (e.g., the MOOCs (massive open online courses) and the increasing technologization of teaching) that leads to the reciprocal objectification of subjects. Against these struggles, researchers tend to resist or shape their action conceding with something of their own sense of autonomy. This ‘something of their own’ should be, I argue, universal ideals as a means to rise above a conventional research perspective which is unable to make the transition from dualistic analytic categories of subject and object to the familiar complexity of a surrounding world that makes the most of scientific research.

In fact, development ought to be diverse with ad hoc strategies oriented towards defined goals that benefit each and every one. Ideals in higher education can be rewarding if applicable into the criteria to evaluate scientific achievement. Ideals get us in the habit of questioning the status quo by constantly playing devil’s advocate. Taking the contrarian view of a research project or an educational policy or even a theory can be difficult at first, but if we start to question why the author thinks this way and what happened in the sector that triggered this viewpoint, we begin to think more critically about the contents we are teaching, learning and applying. And critical thinkers make greater institutions. 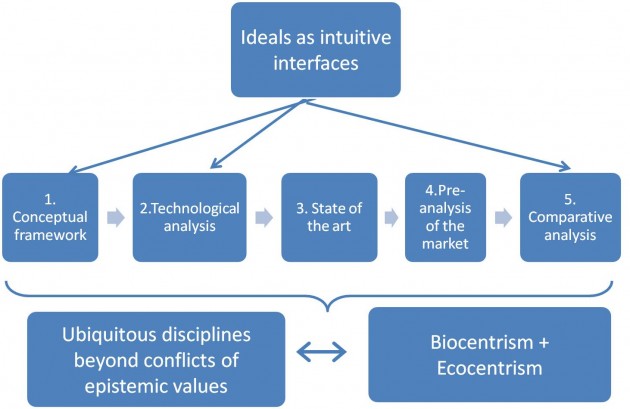 Figure 1: Ideals at the beginning, in the middle and at the end of any innovation system.

Helga Nowotny recently reminded that “excellence requires reforms and the willingness to implement them in the best possible way”. Both in terms of its epistemological and ontological options, Science has sometimes a strange reputation of not really forming part of what ordinary European citizens call “culture”. As a consequence, scientists find themselves out on a limb and there is a serious need to reconstruct the relationship between science and other forms of higher civilisation. Since C.P. Snow the response from scientists and policy-makers has been, at best, clumsy demonstrating that the relationship to other branches of culture has become somewhat distended. Basically, researchers have reacted to public hostility by arguing that science is relevant to the European citizen in terms of added value, where “value” is the financial return on investment which should, in the future, fund our expensive social welfare system in the “knowledge society”. This is not what the European citizen wants to hear, and he can probably guess it is a bit of a pipe dream. The proverbial man in the Clapham omnibus is fully aware of the difficulties of the modern world. What he really wonders is where Science stands with respect to more fundamental values and ideals. Is it inside or outside our heritage and, if inside, how does it relate to our cultural identity? Until this question is clearly answered, the European citizen will continue to harbour doubts. So, is turning ideals into vivid drivers for science and higher education just a vain utopia? It’s up to each one of us to decide.

Filipa M. Ribeiro is a PhD researcher at the University of Porto.