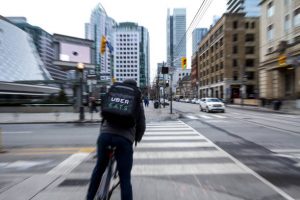 Scientific work has been gaining increased attention and importance in the public policy arena, conveyed by the fact that scientific knowledge is essential to promote economic and social development (Carvalho 2021). Much of this attention stems from the changes that the academic careers and more specifically working conditions in academia have been going through in the last decades, and which have been documented in higher education research (Parsons & Platt 1968; Jones 2013; Henkel 2007; Enders & Musselin 2008; Aarrevaara 2010; Carvalho 2012; 2017; Sousa & Magalhães 2014; Santiago, Carvalho & Cardoso 2015; Carvalho & Diogo 2018a; Siekkinen & Ylijoki 2021; Siekkinen, Pekkola & Nokkala 2022).

Underlying these changes – both internationally and nationally – one finds the political and social transformations brought by Neoliberalism, New Public Management (NPM) and Managerialism, which had a significant effect on the reshaping of how higher education and scientific systems are conceptualised and in the way knowledge is produced, with a reconfiguration of the main traditional locus of its production – HEIs (Carvalho, Diogo & Vilhena 2022), and, subsequently, HEIs’ missions, their core functions and the working conditions of their professionals. Higher education has thus being restructured along corporate lines with top-down organisational directives, increased operational costs shifted to individual institutions and the gradual casualisation of work and increasing competition among candidates for positions (Lynch 2014; Ball 2016; Carvalho & Diogo 2018b; Carvalho et al. 2022; Musselin & Enders 2008). Some examples include the increasing demand for more teaching hours, mostly related to the system’s growth, the expansion and transformation of doctoral education, and the difficulties in entering and advancing in the academic career (Cardoso, Tavares, Sin & Carvalho 2020). As a result, precarious workers in the academia are growing. According to some authors (e.g. Ylijoki 2016), this is also a result of HEIs and scientific systems’ governance and management models, based on the ‘projectification of science’. In some countries, the increase in the invisible mass of short-term and/or part-time academics at the margins of the university has been expressed as or compared to the process of Uberisation of scientific work, which we discuss in our new article ‘Invisible researchers in the knowledge society – the Uberisation of scientific work in Portugal’ (Carvalho et al. 2022).

Precarity and Uberisation in academia – shifts in scientific work policies

Apparently, concepts as Uberisation and precarity, might be used almost interchangeably – as synonymies even, but – at least within higher education policies – there are differences between both concepts which deserve our attention – even if, the transformations aforementioned are not new nor exclusive to HEIs. In fact, in 2011, the International Labour Organization (ILO) claimed that “forms of precarity seem to be ever expanding, as employers constantly uncover new ways to circumvent or find loopholes in regulations to increase the profitability of their business at the expense of their employees” (2001: 5). The novelty is the expansion and intensive use of precarious labour in contemporary universities (Brown et al. 2011; Hall & Bowles 2016; Slaughter and Rhoades 2004).

The growth of insecurity in the world of work is one of the most important trends over the past decades (ILO 2011) – also in higher education and science. Precariousness is now a structural feature of work, being increasingly more documented in higher education research (Brown et al. 2011; Hall and Bowles 2016; National Tertiary Education Union 2018; Slaughter and Rhoades 2004).

Precarious work thus comes in many forms (ILO 2011; Courtois & O’Keefe 2015), e.g. agency work; temporary work; contracting out; casual or ‘on-call’ work; seasonal work; part-time, etc., providing the general idea that precarious workers are those who fill permanent job needs, but are denied permanent employee rights. In this sense, Nico (2021a; 2021b) draws attention to the use of the term precarised (workers in precarious situations), considering that it is not the individual who is precarious, but s/he is being precarised by someone else, whether this other is an individual figure or an organisational figure, as an HEI, research centre, or the “scientific market” (Melo et al. 2022).

In turn, the term “uberisation” emerges from the similarities with the economic system / platform created by the Uber enterprise, launched in San Francisco in 2012, which has expanded to other sectors and turned the use of digital platforms so popular that the term ‘digital platform economy’ started to be used to classify this ‘new era’ (Kenney & Zysman 2016). One of the important features of the platform economy is the disruption of the employment relationship and the undermining of workers’ rights (Carvalho et al. 2022).

In this highly segmented model of the labour market, as it is the case of Uber, the service provider is a worker and not an employee with underpinning rights. Extending this concept to the academia, the service provider is thus the researcher who develops activities with high value-added and has the income linked to the projects in which s/he participates, thereby increasing precariousness and flexibilization of labour relations (Carvalho et al. 2022). HEIs are hiring researchers for specific projects, with few legal obligations, contributing to increased competition among researchers, most in early career, being young doctorates and post-doctorates, for research projects. These researchers can be rehired depending on the emergence of new projects, eventually occupying permanent functions although not being permanent workers, and with some very limited ways to pursue a career in higher education, while there is a small number of tenured researchers with secure jobs, wages, and other benefits (Carvalho et al., 2022).

A knowledge-based society/economy at the expense of invisible work?

Several OECD and EU countries, such as Portugal – the country case which has inspired this paper – have been adopting important political initiatives to foster R&D, and to qualify its population, resorting on EU’s funding. Among these policies, one highlights the significant increase in the number of PhD holders, although the great majority is still employed in HEI, but either holding a short-term contract or no contract at all, being scholarship holders. The use of scholarships to finance scientific work generated a huge and growing bubble, subsequently intensifying the degradation of working conditions of researchers who were partially invisible in the system. This invisibility of PhD graduates and the precariousness of their working conditions corresponds to an Uberisation of scientific work, considering that the relationship maintained with the host institution was one-off and without any kind of involvement from the HEIs. To a great extent, this invisibility and Uberisation of researchers’ work is a consequence of the higher education and scientific system’s governance model, since R&D units usually do not have their own staff, and research projects are hosted in these units and not in HEIs. Furthermore, it is also an outcome of the projectification of science, since knowledge society is framed in the project format, resulting in the organisation of work in a fixed-term base (Ylijoki 2016) and, as a result, fixed-term contracts. Moreover, this transformation of the European research landscape along the projectification of science also impacts on academic careers of the guest teaching staff, who are hired on short-term chain contracts for years, performing heavy workloads.

In Portugal, since 2016 (with the implementation of the Decree-Law 57/2016) that the attempt to improve employment conditions led to the regularisation of scholarships and the encouragement of scientific employment, and public data show some improvement in the situation, but the scenario is not global and homogeneous, and raises controversy, considering that, despite the fact that there has been an increase in the number of contracts, there are still many different situations, framed by uncertainty and intense workload, contributing to the blurring of the overall system.

Analysing the Portuguese academy, the invisibility of researchers results from the processes of science governance, and it seems notorious that this model needs to be redefined. At least for the case of Portugal, the consolidation of scientific employment requires that scientific and HEIs professionalise R&D activities and their staff.

Teresa Carvalho is an Associate professor with agregação (Habilitation) at the University of Aveiro. She is the Director of the PhD Programme in Public Policies and Vice-dean of the Department of Social, Political and Territorial Sciences. Her research focusses on higher education governance and the academic profession.

Ball, S. (2016). Education, Justice and Democracy: The Struggle Over Ignorance and Opportunity. In Reimagining the Purpose of Schools and Educational Organisations. Edited by A. Montgomery and I. Kehoe, 189–205. Cham: Springer.

Carvalho, T. (2012). Managerialism and professional strategies: a case from nurses in Portugal. Journal of health organization and management.

Carvalho, T. (2017). The study of the academic profession–contributions from and to the sociology of professions. In Theory and method in higher education research. Emerald Publishing Limited.

Carvalho, T. & Diogo, S. (2018a). Exploring the relationship between institutional and professional autonomy: a comparative study between Portugal and Finland, Journal of Higher Education Policy and Management, Vol. 14 (2), 18-33. http://www.tandfonline.com/eprint/gRyuV5cQe3KYgVY6KrMt/full

Carvalho, T. (2021). The Transformation of Universities in Response to the Imperatives of a Knowledge Society. In Universities in the Knowledge Society. The Changing Academy – The Changing Academic Profession in International Comparative Perspective, Edited by T. Aarrevaara, M. Finkelstein, G. A. Jones and J. Jung, 15–31. Springer. ISBN:978-3-030-76579-8.

Jones, G. A. (2013). The Horizontal and Vertical Fragmentation of Academic Work and the Challenge for Academic Governance and Leadership. Asia Pacific Education Review, 14(1), 75-83.

The Uberisation of Scientific Work | Artificial Intelligence and Europe: New tech & old vibes | The European Universities Initiative: a game-changer for higher education in Europe? | How programme directors frame higher education quality in interdependence | (In) voluntary mergers in higher education: a story from Norway |