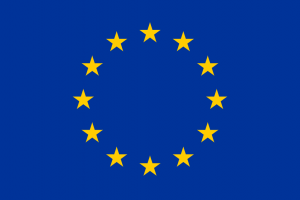 The implementation of a common Higher Education policy has been a long-standing objective of the European Union (Corbett, 2005). The launch of the Bologna Process in 1999 with its aim of creating a European Higher Education Area (EHEA) and the establishment of the European Research Area (ERA) have been important drivers in the construction of a single market for education, although they can be considered a mixed story of success and failure. As analysed by an extensive body of literature, both the EHEA and the ERA have been characterized by an uneven and fragmented implementation at national level with countries achieving their objectives at different speeds; furthermore, students’ mobility does not seem to have substantially increased and, most importantly, both processes have suffered from the lack of convergence around common European values (Curaj et al. 2020).

As explored in this recent article (Cino Pagliarello 2022), it is in this context that the recent launch and implementation of the European Universities Initiative  (EUI) – a new hybrid type of collaboration based on transnational alliances among European universities – can represent a game-changer for European higher education due to its innovative policy design. On the one hand, the EUI incorporates the aims of the EHEA and the ERA into a common European dimension by linking education, research, and innovation within a common transnational approach. On the other, the EUI seems to exhibit a strong ideational coherence, political commitment, and a hybrid type of governance (Capano and Pritoni 2019) combining a European top-down dimension, under the policy coordination of the European Commission, and a bottom-up one, which includes a multi-actor governance (Vukasovic et al 2018) dimension.

Originally spurred in 2017 by the French President Emmanuel Macron during a speech at the Sorbonne University in Paris, the proposal of creating a network of European Universities was rapidly endorsed by the European Council and by the European Commission. As of March 2022, the EUI supports 41 university alliances comprising more than 280 universities around Europe. The existing alliances are currently backed up by €297m from the European budget, with each alliance receiving up to 5m from the Erasmus+ Programme and Horizon 2020/Europe, with additional funding foreseen by the Recovery and Resilience Facility, the European Structural and Investment Funds, and the InvestEU Fund (Council of the European Union, 2021).

There are three main components in the EUI architecture. First, it is a shared long-term strategy for higher education, linking research, innovation, competitiveness, and society at large. Second, and in comparison, with the Bologna Process, it embraces mobility under a holistic point of view, with the ambition of creating a comprehensive European higher education inter-university campus on which all students and staff could move seamlessly (physically or virtually) between any of the partner institution, thus leading to joint and flexible curricula. Third, the governance system of the EUI incorporates a top-down and bottom-up dimension. Besides funding provision, the European Commission is in charge of the monitoring and review of the alliances, while embedding the alliances within an ideational discourse that makes an appeal to their role in fostering common values and European identity. At the bottom-up level, each alliance has established a governing body composed by multiple actors, ranging from private to public stakeholders, civil society organisations, and local actors. Therefore, this makes the governance system of the EUI a promising flexible way of cooperation, in which national and transnational actors are simultaneously recipients and agents of change. They are recipients in the sense that the Commission provides capacity building, joint cooperation, and incentives; as agents, they take ownership of their own alliances by pursuing their policy agendas according to their (trans-)national institutional context.

A pragmatic, economic, and political strategy: the EUI as a game-changer in European higher education?

Though the EUI is still at its implementation stage, there seem to be good reasons for considering it as an opportunity for advancing and enhancing integration in European higher education (Cino Pagliarello 2022). Firstly, the EUI can be considered a pragmatic strategy in the sense of its potential to resolve the shortcomings of the Bologna process (uneven implementation, low mobility, and lack of shared values) by strengthening the organisational capacity at the supranational level in a policy field that cannot be implemented via the traditional community method. In particular, this can be achieved through the involvement of stakeholders in an integrated transnational dialogue and policy exchange which makes appeal to the search of “common solutions” for “common problems”. For example, a recent Commission survey report has highlighted how universities have been able to cope with the challenges of COVID-19 thanks to their participation in the alliances. The majority of the respondents provided a positive opinion on being part of a European university in order to address the challenges of COVID-19, reporting examples such as ‘brainstorming on common problems’, the ‘identification of common solutions to online courses’, or ‘jointly addressing the issue of virtual mobility on an institutional and European level’ (European Commission, 2020). Put differently, the EUI seems also relevant in helping higher education institutions to coordinate in a faster and more effective way through the exchange of best practices and information.

Secondly, the EUI is also an economic strategy, as visible in its emphasis on mobility (one of the core freedoms of the single market) and on investments in industry, technology, and innovation to address a more complex knowledge-based economy. Issues such as the relevance of the alliances for the European labour market, the involvement of public and private employers in the provision of micro-credentials/learning outcomes, and the planned implementation of compatible and legally binding European degrees/joint curricula are all strategies that are explicitly anchored to the goals of the single market in facilitating cross-border service provision.

Thirdly, the EUI is also a political strategy in the sense of promoting a sense of belonging to a European educational space. The ‘European’ leitmotiv of overarching integration is often stated in the mission statements of the different alliances. For example, the mission statement of Una Europa states that the alliance aims ‘to create a truly European inter-university environment, where outstanding research is continuously linked to transnational learning and innovative, critical thinking’ (Una Europa 2021); meanwhile, the mission statement of Circle U. mentions ‘keeping Europeans and our planet healthy, peaceful, democratic, and prosperous’ (Circle U 2021); and FORTHEM Alliance’s aims are ‘to become a reproducible model for both European and non-European universities that wish to develop similar new alliances’ (FORTHEM Alliance 2021).

Although it is too early to assess the potential of the EUI, the emergence of the Commission as an institutionalised coordination body in the governance architecture of the alliances, the creation of a repertoire of European solutions to common European problems, and the cooperation among multiple principals –  albeit with divergent preferences and agendas –  towards the common aim of driving innovation and excellence across Europe, are all factors that point to the EUI as a potential game-changer for European higher education.

Dr. Marina Cino Pagliarello is Lecturer in Political Economy at the Department of Government at Essex University, and Associate Lecturer at the University College London Department of Political Science. Her research interests include European politics, governance of higher education, and the role of ideas in public policies. Her monograph on “Ideas and European education policy (1973-2020)” is forthcoming with Palgrave MacMillan in May 2022. Follow her on Twitter @MarinaCinoP.