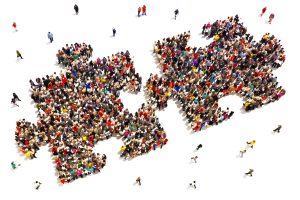 In 2015 the Norwegian government launched a large-scale re-organisation in higher education. The policy solution proposed, like in many other cases, involved mergers of higher education institutions. There were several formal policy goals, such as robust academic environments, good access to education and expertise, contribution to regional development and effective use of resources. The underlying aim, visible both in the formal documents (including the title of the White Paper launching the reform “Concentration of Quality”), and in positions of the actors involved, was that this reform, again like so many others, was about strengthening quality in higher education. In the White Paper, the government clearly stated that its aim is a Norwegian higher education landscape with fewer institutions, and it even suggested which institutions could merge with each other. Formally, the final decision whether to merge and with whom was left to the institutions themselves though, as will be discussed below, whether these were entirely voluntary mergers is debatable.

In 2019 a team coordinated by the Nordic Institute for Studies of Innovation, Research and Education, and involving also researchers from Aarhus, Bergen, and Ghent, started the Re-Structure research project, funded by the Norwegian Research Council and tasked with evaluating the process and outcome of this reform.

With regards to the process aspect, through analysis of policy documents and interviews with relevant policy actors, it was interesting to observe (a) how the 2015 reform built on earlier reform initiatives and (b) how important a new approach to policy development relying on asymmetric dialogue was in pushing the idea through.

That reforms do not unfold in a vacuum and that historical legacies shape both process and outcome of public sector reforms, has long been the hallmark of analysis of public policy and administration. This is even more the case when there is a clear continuity of the underlying policy goal, in this case quality of higher education. However, what is arguably more surprising was how the attitude towards the policy solution has changed over time. Namely, a 2008 report from an expert committee tasked by the then left-wing government to propose the new direction of Norwegian higher education (the so-called Stjernø Committee), called for significant reduction in the number of higher education institutions and prescribed which mergers should take place. However, that proposal was (to put it mildly) not well received by most of the policy actors and the full-scale reform involving mergers never took off. However, since then, thanks to several developments, it seems that the idea of mergers as a policy solution matured.

For example, the state was providing financial support for institutions interested in closer cooperation, with no pressure that it must result in a formal merger. In addition, the conservative government established after the 2013 elections, launched a series of structural reforms in various parts of the public sector with a “bigger is better” motto, so the idea of mergers was quickly put forward to hospitals, municipalities, and higher education institutions. Furthermore, many actors also stated that two large scale mergers that took place – the first between university colleges and research institutes that resulted in the second university in Oslo area (OsloMet) and the second being effectively a take-over of several smaller institutions by NTNU in Trondheim, had a snowball effect on the policy community. It was becoming evident that the attitudes towards mergers were changing.

However, it was also the government’s novel approach to developing the 2015 Structural Reform that contributed. The process was kicked-off a year before, with a report presenting various challenges in the HE sector, in which the government invited the institutions to consider their position in the Norwegian context. The idea of decreasing the number of institutions was there, the specific means on how the achieve this was relatively open. This was followed up by an intense series of discussions with, primarily, leadership of higher education institutions, giving them the opportunity to determine the specific means to tackle the problem of fragmentation in higher education. This approach to developing policy instruments based on intense dialogue with the leadership of higher education institutions, while reportedly other stakeholders were less involved, is in contrast with the usual approach that relies on expert input and a formal consultation process.

Moreover, the asymmetry in this dialogue should also be highlighted, given that it puts the claim that the institutions could freely choose whether to merger or not under doubt. The asymmetry, first, stems from power differentials between the state and the institutions. This includes the power of the purse that is in the hands of the state, even if no clear promises concerning additional funding to those who merge were given. Moreover, the state set the parameters of the dialogue – specifically the overarching aim of decreasing the number of institutions – at the outset, and while there was no explicit requirement to merge (unlike in 2008), the discussion was not entirely open either. In the words of one of the architects of the reform, the choice presented to higher education institutions was:

“… a kind of a closed choice one puts to children. “Will you have carrot or peas?” You will eat your vegetables, but you are allowed to choose which ones yourself.”

This “choice” between “carrots and peas” was additionally affected by several other reform initiatives taking place at the same time. This included new and expanded requirements for education of teachers and nurses and, as the interviews showed, several university colleges saw merging with each other as the only way they would be able to fulfil these requirements. And one could also ask to what extent are some organizational decisions voluntary if there are also mimetic pressures to emulate institutions that are deemed successful. This specifically concerns the previously mentioned snowball effect of (1) OsloMet where the merger process also resulted in lifting the institution from college to university status, and (2) the NTNUs merger (or rather take-over) of several university colleges.

In sum, the process through which the 2015 Structural Reform in Norwegian higher education came to be clearly reminds us of how intricate policy processes can be. To understand them, we need to look both beyond the formal ends and means, and to consider the importance of previous and concurrent reforms.

The Re-Structure project team is now in the midst of analysing the dynamics of the merger processes within institutions, and the outcomes of these processes with regards to various performance indicators. More information about the project can be found here.

Dr. Martina Vukasovic is Associate Professor at University of Bergen (Norway). Her research focus is on the role of European stakeholder organizations in interest intermediation and policy transfer across governance levels, as well as the relationship between policy coordination and policy convergence.

(In) voluntary mergers in higher education: a story from Norway | Towards resilient organizations and societies. A cross-sectoral and multidisciplinary perspective | B-STA-R: A new dataset to study science diplomacy and global science | Knowledge Politics and Policies @ ECPR 2021 General Conference | From semester to credit hour – the historic making of academic time as a strategic resource |