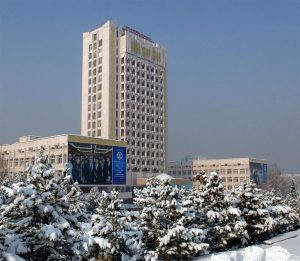 In today’s world of higher education, it should come as no surprise that the goal is always to move up – in any way possible. In other words, increase enrollment, increase prestige, increase retention and graduation, increase funding, increase interest, etc. With that in mind, what would you say if we told you that government regulatory provisions in some countries – even countries where higher education is valued and respected – are actually inadvertently working to hinder higher education performance?

It would certainly come as a shock, would it not? Well, according to an article recently published in Industry and Higher Education, it’s becoming increasingly clear that – at least in the case of the country of Kazakhstan – government regulatory provisions are actually hindering innovation at the higher education level. Now, this is obviously a serious problem and a major challenge that needs to be addressed in order to ensure that the higher education institutions within Kazakhstan are able to perform at their highest level.

In this short blog, we’re going to take a look at this article in particular, and we’ll point out some interesting findings. This study was conducted by Danagul Yembergenova from the University of Geneva, Switzerland, Ajit Jumar from Japypee Business School, India, and Ikhfan Haris from Universitas Negeri Gorontalo, Indonesia.

The Root of The Study

The researchers and authors involved in this study took a keen interest to the government regulatory provisions in the country of Kazakhstan and examined just how these initiatives put forth by Kazakhstan’s State Programme for Education Development in hopes that they would spur economic development, actually ended up resulting in poor higher education performance. The initiatives discussed in the study were implemented within a 9 year period between 2011 and 2020.

The authors say, “In this paper, we concentrate on the function performed by universities – that of innovation. In Kazakhstan, the country of focus in this study, strengthening the potential of scientists and researchers who can generate knowledge and innovate in ways that are useful for economic prosperity has always been a pressing issue.”

From there, the researchers point out that in 2014, Kazakhstan set out on a mission to become one of the top 30 most developed economies in the world. In order to set themselves up on a pathway to achieve this ambitious goal, they launched a series of initiatives and made some substantial investments into their higher education institutions. From 2000 to 2011 alone, the country increased its research and development expenditure from 6 to 51 billion tenge.

With this increased investment came the formation of the State Programme for Education Development 2011-2020. In this programme, universities were tasked with implementing new tasks and policies that would regulate the ways in which universities and higher education institutions went on to pursue innovation. According to the researchers, this is where things began to fall off track.

They say, “despite these aspirations and the initiatives introduced in SPED 2011-2020, various agency problems existed in the government’s regulatory provisions in Kazakhstan, affecting universities’ performance. For example, due to informational asymmetry, the government could not effectively determine an efficient policy plan. In particular, the government set precisely stated and extremely enthusiastic expectations for outputs in the policy (that change with every changing minister). However, not only did the research-oriented activities have low measurability; the universities also lacked the resources to implement the indicated demands. Besides, the government tried to programme the universities’ activities by not giving them sufficient autonomy to carry out the targeted necessary actions. Consequently, the imposition of specific goals on universities without sufficient resources and autonomy caused severe goal conflicts”.

They go on to say, “as a response to these regulatory inconsistencies, universities behaved opportunistically”. Authors found that the universities’ actions involved shrinking, cross-subsidisation and the opportunistic pursuit of prestige. Therefore, the opportunistic developments that occurred were related to the ex-post situations and the problem of moral hazard, which reduced their effectiveness, including the quality of outputs and research.

Once the researchers determined that there is an emerging mess of interrelated issues and challenges at hand, they set out to provide suggestions for government agencies to understand exactly what their role is when it comes to regulating innovation.

With that said, the researchers provided some suggestions to help mitigate these challenges:

What It All Means

Now that we’ve reached the end of our review, it should be quite clear in terms of what this all means. Evidently, there is an incoherent combination of enthusiastic indicators of universities’ research activities, which emphasise effectiveness and productivity, and an inherently path-dependent framework of behaviour-based rules that promote compliance.

However, authors conclude saying that “while regulatory mechanisms and resource dependency are very important factors, and have promoted conflicts of interest and thereby created conditions for universities to behave opportunistically”, authors say the agency theory that has been used to conduct the study does not take sufficient account of the role of leadership and the nature of its interests. In particular, authors assert that, “in higher education in Kazakhstan, it might not be government regulations and economic productivity alone that have guided the actions of universities”.

From here researchers point out since the Ministry of Education appoints rectors, how the political cycle, re-election pressures or other leadership-related factors could have led both the strategic and tactical management of universities, because some universities performed better than others despite their less beneficial resources.

What do you think about this research study? Share your thoughts with us down below. We’d love to hear all about what you think.

Dr. Danagul Yembergenova is a change management analyst at Tengizchevroil Chevron. She is a former doctoral researcher at the University of Geneva. Her research expertise transcends the boundaries of higher education governance, change, organizational management and economic advancement in general. Her specific topics of interests include higher education governance reforms, principal-agent relationship, change and outcomes.