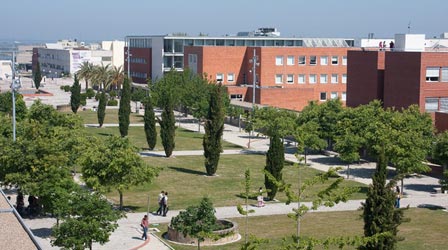 University of Aveiro. Photo from www.ua.pt

Autonomy has been at the core of the University since its creation, in the Middle Ages, and it has always been greatly cherished by academics. Nevertheless, autonomy has been constantly redefined over time, contextually and politically, as the influence of the State (and even the Church) in higher education systems has been changing. In the last decades, all over Europe, welfare states have been reconfigured as the role of governments has been limited to supervision, accompanied by increasing accountability, questioning academics’ professional autonomy.

In this study, we analyse the relationship between institutional and academic autonomy in higher education by comparing Portugal and Finland. Portugal and Finland offer an excellent case-study because despite different historical perspectives of higher education and different welfare state regimes as well as bureaucratic-administrative traditions, they have similar higher education systems and academic career structures, and have recently adopted similar political initiatives framed by New Public Management leading to a move from a collegial to a managerial model of governance. Thus, our interest was to understand how Portuguese and Finnish academics perceived (the influence of) these political attempts in the increase (or not) of institutional autonomy as possibly leading to an increase in their professional autonomy.

By crosschecking the literature review with document analysis (mostly legislation) and conducting 47 interviews to system and institutional key actors of both Portuguese and Finnish higher education systems (one university in each country) it became clear that professional autonomy has been shaped by the attempts to promote institutional autonomy proposed by the Law 62/2007 in Portugal and its homologous in Finland (Yliopistolaki 558/2009).

This also tells us that the way both governments try to rhetorically enhance institutional autonomy is very similar, being possible to identify four dimensions of institutional autonomy in Portuguese and Finnish recent higher educational reforms: organisational, policy, interventional and financial (Boer et al. 2010). However, contrary to what is politically assumed, the increase in autonomy is not the dominant trend in all these dimensions, although there are some common shifts in both countries, namely a tendency to increase organisational autonomy by strengthening leadership and management in universities and by decreasing collegial decision-making. The increase in freedom to manage human resources and finances reveals a trend to increase policy autonomy even if this is accompanied by a higher dependency on the government.