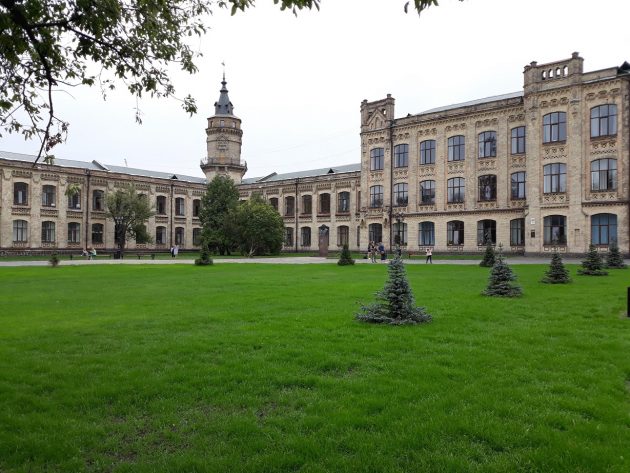 During the last decades, the development of the knowledge economy in Western societies has significantly changed both the roles played by universities and the relationship between the university, industry and government, resulting in the emergence of the Triple Helix (Etzkowitz and Leydesdorff 2000) as one of the global models of world society (Meyer 2010). The main idea behind the Triple Helix lies in the expansion of the role of knowledge in social development more broadly and of the university in the economy more specifically (Etzkowitz 2002). The university is expected to extend its traditional missions of knowledge transmission (teaching) and production (research) to include economic and social development (Pinheiro et al. 2015; Benneworth et al. 2015).

Similar to other global models of world society, the Triple Helix originates and has been applied in the context of developed or mature economies, but less developed countries have also made attempts to implement this global model into their specific national contexts. Meanwhile, the specific national context as an institutional environment can be characterised by a high degree of institutional complexity caused by means-ends decoupling at the state level (Hladchenko and Westerheijden 2018; Hladchenko et al. 2018). Means-ends decoupling (Bromley and Powell 2012) at the state level implies that policies and practices of the state are disconnected from its core goal of creating public welfare. Such means-ends decoupling occurs, for instance, in oligarchic economies, where the state is captured by exploitative, rent-seeking oligarchies in business and politics. This bleak picture describes numerous post-communist countries, one of which is Ukraine.

In a recent article ‘Implementing the Triple Helix model: Means-ends decoupling at the state level?’, co-authored with Romulo Pinheiro we explore how means-ends decoupling at the state level affected the implementation of the Triple Helix model in Ukraine. The data emanate from personal interviews with the senior managers of four universities and science parks established within them who were directly involved with the pursuit of public policy geared towards promoting the implementation of the Triple Helix in Ukraine. For our research we selected the science parks located in universities with different disciplinary profiles: Technical University, Classical University, University of Economics and University of Life Sciences.

Means-ends decoupling at the state level

Backdrop to the Case: Means-Ends Decoupling at the State Level in Ukraine

Following the fall of the Soviet Union, Ukraine was established as an independent state in 1991 which also involved the transition to a market economy.  However, state policies aimed at lustration, de-Sovietisation and decommunisation were not adopted and civil society remained underdeveloped. Moreover, inconsistently implemented privatization allowed a post-Soviet oligarchy consisting of the Soviet political elite and actors from the Soviet shadow economy to emerge. Drawing on our theoretical framework, in the Ukrainian case, means-ends decoupling was sustained at the state level, as the policies and practices of the state were disconnected from its core goal of creating public welfare. It resulted in inconsistencies within the institutional logic of the state, leading to a high degree of institutional complexity experienced by organisations and individuals that did not belong to the privileged group of so-called “rent seekers”.

Diffusion and Implementation of the Triple Helix in Ukraine

The diffusion of the Triple Helix model in the Ukrainian context was initiated by the National Technical University of Ukraine ‘Igor Sikorsky Kyiv Polytechnic Institute’, acting as an institutional entrepreneur. In the period 2004–06, KPI participated in the EU’s TEMPUS project together with European higher education institutions. As a result of this collaboration the first Ukrainian science park (Kyivska Polytechnika) was established in 2006. In 2009-2010, in the context of implementation of the Triple Helix model in Ukraine, the government awarded the status of ‘research university’ to 13 flagship universities. However, the implementation of the Triple Helix in Ukraine turned into means-ends decoupling at the state level due to the rent-seeking behaviour of the powerful actors from the governmental institutions. Urgent domestic reforms to foster the knowledge economy were not undertaken while the research universities lacked funding for infrastructure.

One of the many negative consequences of means-ends decoupling at the state level and rent-seeking behaviour of powerful actors in governmental institutions is the loss of intellectual capital through brain drain. Thus, the longer means-ends decoupling and rent-seeking will persist both at the state and organisational levels, the further will Ukraine move away from the so-called ‘world society’ and its corresponding institutional arrangements.

Myroslava Hladchenko is an associate professor at the University of Life and Environmental Sciences of Ukraine.

Bromley, Patricia, and Walter Powell. 2012. From smoke and mirrors to walking the talk: Decoupling in the contemporary world. The Academy of Management Annals 6(1): 483–530.

Dick, Penny. 2015. From rational myth to self-fulfilling prophecy? Understanding the persistence of means-ends decoupling as a consequence of the latent functions of policy enactment. Organization Studies 36(7): 897-924.

Etzkowitz, Henry, and Loet Leydesdorff. 2000. The dynamics of innovation: From national systems and “Mode 2” to a Triple Helix of university–industry–government relations. Research Policy 29: 109–123.

Hladchenko, Myroslava, and Don Westerheijden. 2018. Means-ends decoupling and academic identities in Ukrainian university after the Revolution of Dignity. European Journal of Higher Education 8(2): 152-168.