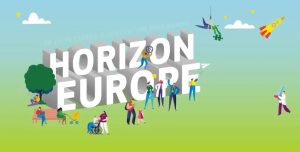 While, as the name of this blog reflects, knowledge has become a central concern in European policymaking internally, it has not made the same inroads into the EU’s external policy discourses. This neglect of knowledge in the field of international relations is not limited to the EU, but given the European policy context, one would expect that pursuing a Europe of Knowledge would have both an internal and an external rationale. Our recent article ‘Knowledge power Europe’ finds that the EU has indeed taken steps to mobilize its knowledge power externally, but these have been largely ignored in the academic literature.

For those who study international relations and the external policies of the EU, the need for a new conceptualization of European power is generally seen as unnecessary. It is true that the past two decades have seen more than 15 such conceptualizations, suggesting saturation or at least explaining the sense of weariness and skepticism towards new proposals, but as we trace in the article, knowledge and science have never been a defining component of any of these previous depictions. This absence is something that we, as researchers coming from the fields of science policy and higher education studies, found particularly puzzling. Could the EU really not be doing anything to externalize its belief in the importance of knowledge?

What we found, when we applied the lens of the discourse on Europe-as-a-power, was that quite a bit was going on. The discourses tend to look at three aspects of the EU as a foreign policy actor: its identity or ‘what the EU is’, its discourses and strategy documents or ‘what the EU says’, and its actions or ‘what the EU does’ (see Damro’s 2012 ‘Market power Europe’ for a very clear demarcation of these).  Our investigation into all three elements, confirmed that indeed the EU is engaging and seeking to mobilize knowledge. We see this as an ongoing process that is still in its early stages, much of which is occurring under the framework of ‘science diplomacy’.

The article was published just as Russia invaded and began its war on Ukraine and the rug was pulled out from under the established understanding of the EU’s geopolitical role and capacity in world affairs. At this critical juncture, there was a clear elevation of military power and a reconsideration of Europe’s relation to it, which is seen not only in Germany’s changed position, but also in Sweden and Finland on the verge of joining NATO. Nevertheless, the EU has not abandoned its other power conceptions. As we argue in the article, power is multi-dimensional. It does not behoove us to consider it in zero sum terms, as it more likely works in mutually reinforcing feedback loops: Europe’s market and normative power complement its renewed interest in military power, and as we argue in the article, also its knowledge power. In some ways, this is precisely the idea that Josep Burrell has sought to capture in his long running call for Europe to learn the languages of power. Though he has not yet named knowledge as one of those languages, we hope that he will begin to consider it as such.

What we have seen since the beginning of the war, is that the EU has mobilized its knowledge power. One of the earliest sanctions was to cut Russia off from Horizon Europe and other research funding and cooperation. With the onset of Horizon Europe, the EU had promised to use Horizon Europe more instrumentally to shape and condition its relations with other countries, but it was unclear how and whether that would be followed through on. The EU conditioned participation in Horizon Europe on shared norms, but in policy documents it appeared that those were more of the scientific type (i.e. academic freedom) than the core ones (i.e. peace and human rights). Now that distinction is becoming blurred.

Where we see the most potential for knowledge power, however, is not in security (though investments in military research and development through the European Defense Fund and the importance of science in cybersecurity are examples of its relevance), but in the areas of global challenges, innovation, and global supply chains in a knowledge-based economy. These topics tie directly into the central concerns of science diplomacy, which is now coming into its own as a part of the European approach to foreign policy and diplomacy. While still in development, science diplomacy has established itself institutionally, with a full-time science advisor position in the EEAS, and has been increasingly mentioned in the EU’s global strategies and global policy instruments (more details can be found in the article). Our argument is that the two are intricately interrelated: knowledge power enables science diplomacy. Or, phrased slightly differently: science diplomacy is the mobilization of knowledge power.

Knowledge power can help overcome three problems that are faced by what we consider the two most important conceptualizations of European power, those of Europe as a ‘market power’ (see Chad Damro’s work) and as a ‘normative power’ (see Ian Manner’s work). Both are important and relevant ways of understanding the EU and its role in international affairs, but both also have weaknesses in their ability to address multilateralism, leadership, and the physical world context. The article explains how knowledge power fills a gap in terms of those weaknesses, particularly in the ability to address global challenges.

A call for more research

Linking knowledge and power in international relations, particularly as it relates to the EU with its broad and long-standing focus on making knowledge a core element of its societal and economic identity and action, opens up many avenues for academic research and policy advice. It invites further theoretical articulation of knowledge and power, which are terms that often remain vaguely defined even in the discourses bearing their names. It also calls for cases studies and concrete examples explaining how (as well as whether and when) the EU deploys this sort of power and to what effect. We hope that more academics, European policymakers and think-tanks will focus on understanding and shaping the major changes occurring as science policy and international relations intersect and integrate more deeply.

Dr. Mitchell Young is an Assistant Professor in the Department of European Studies at the Faculty of Social Sciences of Charles University. His research is focused on knowledge governance and science policies in the EU and Member States both internally as a form of European integration and externally through science diplomacy as a tool in foreign policy. He was the empirical cases work package leader for the recently completed Horizon 2020 project ‘Using science for/in diplomacy for addressing global challenges’ (S4D4C). He is a member of the EU Science Diplomacy Alliance and chair of the ECPR Standing Group on Knowledge Politics and Policies.