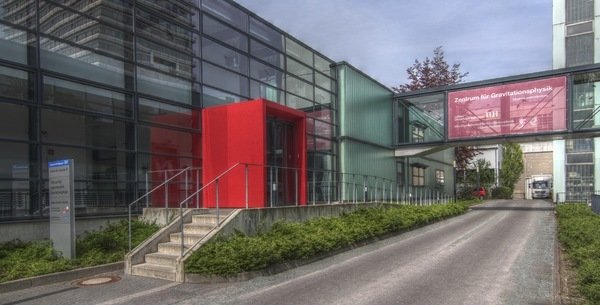 As the world’s third largest producer of scientific knowledge, scientists in Germany publish more articles than those in any other country, except for the U.S. and China. Germany is the birthplace of both the modern research university and the independent extra-university research institute. Germany’s dual-pillar research policy, developed over the twentieth century, we argue, may risk this country’s future in the increasingly competitive global search for new scientific knowledge.[1] Specially, we ask whether the taken-for-granted assumption that the functional differentiation of these two organizational forms[2] is still appropriate: universities with advanced research-based teaching and publishing in all fields versus the research institutes focused on producing leading and often highly specialized research.

Examining sustained myths and the actual results of dual-pillar research policy in terms of published articles in leading journals, we ask whether Germany’s higher education and science system would not be (even) more successful with research policy that supports the universities’ capability as key centers of scientific knowledge production and benefits from synergies with advanced education––as in other leading science nations.

This policy has, over many decades, affected both sectors differently. Universities suffer an abiding “legitimation crisis” whereas extra-university research institutes enjoy “favored sponsorship”, including a concentration of financial resources, attraction of scientific talent, and reputational advantages.[3] Our recently-published study shows that the dual-pillar policy sustains the myth that scientists at extra-university research institutes produce the most significant research conducted in Germany. In fact, German universities led the nation’s reestablishment of scientific importance among the highly competitive European and worldwide science systems after World War II. Yet universities receive less research funding per capita, have less optimal research conditions, and bear responsibility for teaching and advancing young researchers in addition to scientific output. Still, they produced two-thirds of the country’s publications in science, technology, engineering, mathematics, and health (hereafter STEM+) since at least 1980, increasing publications at a logarithmic rate – higher than the international mean.

Despite the dual-pillar research policy, the university sector remains absolutely and relatively successful. It is not eclipsed by the extra-university research institutes in total output. Germany’s small and medium-sized research institutes have made growing and significant contributions to scientific discovery, with their researchers publishing in higher impact journals proportionally more than their size. Indeed, the universities and institutes together bolster Germany’s leading position in science globally, and among other key science producers in Europe like the UK and France.[4]

Our results show that relative to their size, universities and extra-university research institutes have produced similar amounts of peer-reviewed publications in leading journals. Institutes are very successful, but for every new article they publish, the larger university sector publishes three. Scientists working at extra-university research institutes successfully publish in high-impact journals. Nevertheless, for each article, university-based scientists publish two. Furthermore, they publish on a broader range of topics, started to collaborate internationally earlier and more intensely. Institutes have expanded their scientific portfolio and also collaborate with researchers worldwide.

Thus, German universities remain the driving force of the country’s scientific productivity in STEM+. Yet, in scientific reputation, they are overshadowed by the highly-specialized and renowned extra-university research institutes––especially those of the Max Planck Society, Helmholtz Association of German Research Centres, Fraunhofer Society, and Leibniz Association. This, we argue, potentially leads to an underdevelopment of the universities’ research potential. The “favored sponsorship” of research institutes is a factor leading to chronic underfunding and the “legitimation crisis” of universities, which threatens the preservation of this vital research-producing infrastructure.

This dual-pillar policy seems to limit Germany’s competitive capacity. Other countries, in contrast, focus their resources on strong universities. In 2018, even though Germany spent the most in the EU on R&D relative to its high GDP (3.1 percent),[5] its universities received only 17 percent of these funds, while a larger amount went to the extra-university research institutes. Even Germany’s Excellence Initiative[6], developed to select and valorize a small number of universities––jointly funded by the Federal government and Länder––provides only limited and temporary support for the chosen organizations after highly-competitive selection processes. By contrast, Germany’s traditional strength derived from broad distribution of scientific capacity among many relatively equal universities instead of a handful of highest-ranked organizations. Globally, between 80 to 90 percent of the over one million peer reviewed research articles in STEM+ have been published by scientists affiliated to universities.

Germany’s underfunding of universities jeopardizes their future potential as they must use restricted research funds for research and training of students and young scientists. Funding has not kept pace with steadily-rising student enrollments. Nevertheless, they produce over 70 percent of all articles (and two-thirds of high-scientific impact publications). This contrasts with a prominent hypothesis––that scientists at extra-university research institutes, who have no teaching obligations and less administrative tasks––are far more productive than their university-affiliated counterparts. Their number of publications per scientist should be (far) greater, yet we show that they have only a slight advantages: of one-fourth of an article per year. This result suggests that keeping all other parameters stable, it would require more than double the funding of research institutes and their number of researchers to match the universities’ large scientific output.

Many countries worldwide followed the German Humboldtian model of university-based research and the integration of research and teaching, continuously building research capacity of their universities. This is a key reason for the worldwide expansion of scientific knowledge production and increased international collaborations. Ironically, the inventor of this model left its own path.[7] Will this dual-pillar research policy contribute to Germany sustaining its place amongst the other key countries in STEM+ science?[8]

Dr. Jennifer Dusdal is Postdoctoral Research Scientist in the Institute of Education & Society at the University of Luxembourg. She is also Postdoctoral Research Fellow at the Leibniz Center for Science and Society (LCSS), Leibniz University of Hannover, Germany. Her research expertise lies at the intersection of higher education research, science studies, and bibliometrics. Her specific topics of interest include higher education systems, institutions and organizations, international collaborative networks, science capacity-building and production.