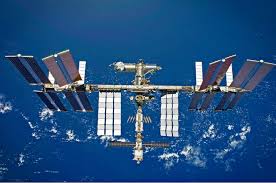 Science diplomacy has attracted a lot of attention during the last decade. Actors as different as the US State Department, the European Commission, the Royal Society, UNESCO and a great many of other intermediary organizations have adopted the term to rebrand their activities, programs, and agendas. The contexts in which the term science diplomacy emerges are just as diverse as the actors. It almost seems like science has become a panacea for most of the problems in public policymaking. For instance, when looking through the volumes of the journal Science & Diplomacy, we encounter topics like the global challenges, health diplomacy, issues of security and proliferation, international mega-science projects, and trade policies, not to mention regional priorities like the Arctic, Africa, the Middle East, or East Asia.

The rise of the concept of science diplomacy

Science diplomacy thus is first and foremost a new umbrella term to characterize the role of science and technology in numerous policy fields that have an international, boundary-spanning, component. As a matter of fact, a number of examples and documents illustrate that considerations regarding science and technology (S&T) have played a role in international policymaking before (e.g. Neureiter & Turekian, 2012). For instance, policy instruments like bilateral science and technology agreements (STAs) have been used at least since the 1950s (Rüffin & Schreiterer, 2017). These STAs formed a global network of legal commitments long before any remarks on a strategic use of science diplomacy emerged.

However, the scope and number of S&T related policies have increased over time. For instance, we are witnessing the emergence and differentiation of agencies explicitly dedicated to matters of international science policymaking (Flink & Schreiterer, 2010; Rüffin, 2018). Several countries, including Germany, the UK, Switzerland, and Denmark, have established S&T outposts abroad in order to access new markets, buttress their innovation capacities, and to foster bilateral relationships. In addition, non-state actors like academies or research associations pursue their own objectives in terms of international science policy. They maintain offices overseas, conclude collaboration agreements, and some even establish joint research laboratories (e.g. the French Centre national de la recherche scientifique or the German Max-Planck Society). The idea of science diplomacy, then, provides a new, more strategic and—more or less—coherent framework to integrate existing instruments in international S&T policymaking. Actors use the concept to propel their own agenda regardless of policy field or research area.

From my point of view, there are two items on the current research agenda regarding science diplomacy: The aspirations for the meaningful, “optimal” use of the concept (Van Langenhove, 2017) and the scholarly reflection on its role in a broader context.

There are several well-known and often cited examples of successful science diplomacy. For instance, physicists were the trailblazers in establishing diplomatic relations between the Federal Republic of Germany and Israel in the 1950s. The Pugwash conferences provided venues for low-key exchanges between scientists and policymakers from Western and Eastern countries during the Cold War. International research organizations like the European Organization for Nuclear Research, CERN, or the International Space Station, ISS, illustrate the opportunities that emerge if international partners join forces to pursue daring and high-quality big science research.

But aside from these famous examples, we know that the systematic implementation of the concept of science diplomacy faces serious challenges. Sometimes, scientists and officials from research organizations even are reluctant to use the term, stating that they would rather prefer to stay “under the radar” of politics. It is true that science diplomacy, as a type of track 2 diplomacy, always constitutes a balancing act between governmental interests and scientific autonomy. A strategic use of science diplomacy must take these concerns into account. Moreover, questions arise from the tension between competition versus collaboration of different actors.

In Europe, both the European Commission and a great number of Member States are engaging in science diplomacy, yet the relations between the different players, the division of labor as it where, often remains unclear. Propelling European science diplomacy thus means that the stakeholders must define the domains of (shared) responsibility, explore areas of common interests, and coordinate joint programs where advisable. Hence, scholars should investigate the subjects where science diplomacy can contribute to the peaceful and sustainable coexistence, increased scientific collaboration, and eased tensions between countries across the globe. But they should also continue to examine the limitations of the concept and how it might play into increasingly tough economic competitions and races for innovation. Overall, researchers should be aware that they contribute to the evolution of the concept by introducing new tools, structuring established instruments, and by identifying new applications.

Contemplating the nature of science diplomacy

However, it is important to remember that science diplomacy is only one expression of a broader “elusive transformation” of policymaking (Skolnikoff, 1993). We need to put science diplomacy into perspective by drawing connections to other mega-trends in science policy like the turn towards innovation and the increasing importance of the global challenges. This strand of research could include historical studies on the origins of the concept, analyses of coalition building, or in-depth case studies of how foreign affairs and S&T interact.

Luckily, the community of researchers engaging with science diplomacy—both in substantial and in reflexive ways—is growing. Already, scientists from many countries are contributing to this endeavor, and within Horizon 2020, there are a number of projects that advance the study and implementation of science diplomacy (e.g. EL-CSID, InsSciDE, and S4D4C).

After all, science diplomacy is a moving target and it will be interesting to watch which directions, trajectories and shapes the concept will take in the future.

Nicolas Rüffin is Research Fellow of the President’s Project Group at the WZB Berlin Social Science Center. He joined the WZB in 2016, after receiving a master’s degree in science studies from the Humboldt-University of Berlin, and a bachelor’s degree in business psychology from the University of Bochum. Before moving to Berlin, he had worked as Programme Manager at Stifterverband für die Deutsche Wissenschaft, a joint initiative of companies and foundations for the advancement of education, science, and innovation in Germany. His research mainly focuses on issues of international science policy, the politics of intergovernmental big science projects, and science diplomacy.

Flink, T., & Schreiterer, U. (2010). Science diplomacy at the intersection of S&T policies and foreign affairs: towards a typology of national approaches. Science and Public Policy 37(9), 665–677.

Turekian, VC; Neureiter, NP (2012) Science and Diplomacy: The Past as Prologue. Science & Diplomacy. A Quarterly publication from the AAAS Center for Science Diplomacy. March, 2012; http://www.sciencediplomacy.org/editorial/2012/science-and-diplomacy