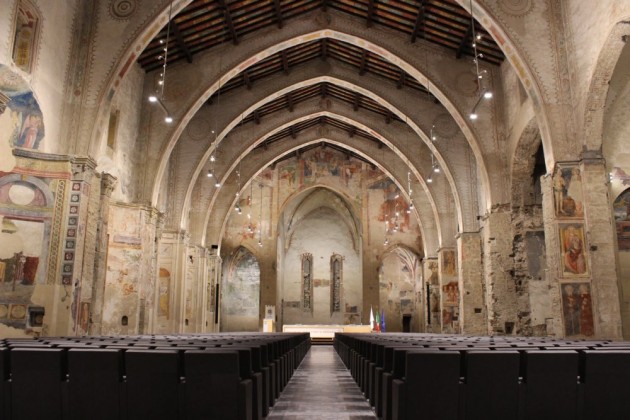 In recent decades, science studies have increasingly recognized that single academic disciplines are ill equipped to address complex problems that modern societies and science face (Nature 2015). Accordingly, interdisciplinarity has become a hot topic and a buzzword in the policy discourse for science and higher education. Yet, translating policy discourse into policy design and governance arrangements is not straightforward. Regarding interdisciplinarity, scholars showed that so far the discourse on interdisciplinarity conflicts with the persistence or even reinforcement of modes of governance that almost exclusively rely on rigid discipline-based classification systems.

As a matter of fact, it is the interaction of several policy instruments and governance domains that is crucial for achieving any policy goal. Therefore, in a recent article ‘Inconsistencies in the Governance of Interdisciplinarity: The Case of the Italian Higher Education System’, co-authored with Marco Seeber and Stefano Paleari (Donina et al. 2017), we took a comprehensive view on the governance of the Italian higher education system, and how this relates to the interdisciplinary target. Such perspective is particularly relevant in higher education systems like continental European ones where steering mainly occurs via laws and regulations developed by the governments and state-dependent agencies (Bleiklie and Michelsen 2013; Capano 2014; Donina et al. 2015). We examined whether the policy portfolio creates or hinders the conditions that favour interdisciplinarity by exploring the potential presence of different types of inconsistency –namely ambiguity, conflict, and incompatibility– between elements of the same policy instrument, between different policy instruments in the same governance domain, and between different governance domains. We considered four governance domains: i) universities’ internal organization, ii) institutional research assessment exercise, iii) doctoral education, and iv) academic recruitment/careers.

Interdisciplinarity: Between rhetoric and practice

The idea of dividing knowledge into discrete categories dates back to Plato and Aristotle. Nowadays, academic disciplines are the commonly accepted classification system for the production, communication, acquisition, dissemination, and validation of knowledge. However, disciplines could also create cognitive boundaries, which affect the organization and production of new knowledge by limiting research practices and their scope, and institutionalizing knowledge fragmentation.

For this reason, there has been a rise of interdisciplinarity rhetoric, which implies the integration of knowledge, methods, concepts, and theories in order to create a holistic view and common understanding of complex problems.

However, melding disciplines presents challenges. Science policy literature highlights barriers and disincentives that prevent researchers from engaging in interdisciplinary research. First, there are organizational barriers that arise from the organization around departments that promote disciplinary knowledge and reward scholars mainly for the outcomes within their home discipline. Second, research evaluation procedures are typically organized around disciplines. Third, doctoral courses are mostly embedded within a well-defined discipline, thus not fostering the development of the integration skills regarded essential to effectiveness in real-world problem solving. Finally, academic labour market values less interdisciplinarity since hiring, promotion, and tenure decisions are controlled by disciplinary departments and disciplinary professional associations, thus discouraging researchers from moving into interdisciplinary endeavours, particularly during early academic career stages. In sum, interdisciplinarity tends to be hindered by established governance arrangements in different domains.

Our analysis shows that elements promoting interdisciplinarity have been introduced in Italy, but the disciplinary rationale is still prevalent and, overall, dominates Italian higher education system governance. Therefore, inconsistencies are recognizable.

Conflict and/or Ambiguity between laws, ministerial decrees, and evaluation agency guidelines emerge within every governance domain. Inconsistencies are evident also among governance domains. In example, the regulation of doctoral programmes is the most strongly oriented to interdisciplinarity, but Ph.D. graduates must cope with the fact that their research outcomes will be assessed predominantly from the viewpoint of a single discipline, while calls for new hires are made by disciplinarily homogenous departments and within disciplinary recruitment sectors. Thus, deviating from the disciplinary interests may reduce (national) career prospects. Another inconsistency among governance domains emerges among evaluation procedures, since the same research output can be evaluated differently for individual career purposes and institutional research assessment.

As a result, the interdisciplinary target is hindered by different types of inconsistencies between both policy elements, instruments, and governance domains.

Davide Donina is a post-doc Research Fellow at Cisalpino Institute for Comparative Studies in Europe-Higher Education Research group (CCSE-HERe) where he undertakes research on Higher Education Policy and Governance, particularly on the Italian HE sector, and at Department of Management, Information and Production Engineering, University of Bergamo (Italy), where he teaches Corporate management and Corporate finance. His recent articles are published on Higher Education Policy, Tertiary Education and Management, Journal of Technology Transfer, Small Business Economics, Science and Public Policy.

Capano, G. (2014). The re-regulation of the Italian university system through quality assurance. A mechanistic perspective. Policy and Society 33(3), 199-213.