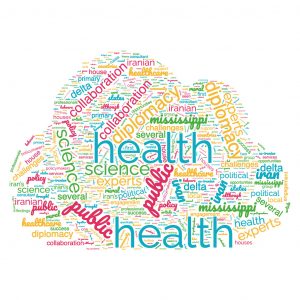 The world has seen a fair share of democratic backsliding in recent years, for example in countries like Turkey, the Philippines and Russia. Science diplomacy is often seen as a means to continue some sort of engagement with such regimes. Although it sounds great in theory, we do not yet know how exactly science diplomacy can facilitate engagement with autocratic states. I address this blind spot in my recent article “Learning from Rivals”, which features an in-depth case study of a US-Iranian collaboration in public health. In the article, I use a policy transfer lens to trace how a group of US and Iranian public health experts brought Iran’s health house policy to the Mississippi Delta, and, in the process, fostered engagement between their respective countries. Bringing to light opportunities and challenges for science diplomacy between states with tense political relations, the findings of my article hopefully prove useful for both science diplomacy practitioners and scholars.

An Unlikely Partnership for Science Diplomacy

At first sight, it seems unlikely that public health experts from the US and Iran would partner up for a collaboration in public health. Yet, although few are aware of it, parts of the US, specifically the Mississippi Delta, face similar public health challenges as post-Revolution Iran.

Up until the early 1980s, rural residents in Iran were lacking access to basic healthcare services. Whenever they needed to see a doctor, rural residents had to walk long distances to reach the nearest hospital. Many people living in remote countries in the Mississippi Delta face a similar challenge today, as they struggle to find easily accessible primary health care. In contrast to the Mississippi Delta, Iran has successfully addressed its primary healthcare challenges and, in doing so, developed one of the least expensive and most effective primary healthcare systems in the world. The core of the Iranian healthcare system are “health houses”, which provide a variety of integrated primary and preventative healthcare services, including public health education, maternal care and family planning. Staffed with at least two community health workers, known as behvarz, each health house serves up to 1,500 rural residents and several satellite villages. Behvarz are trained to perform basic healthcare services and are allocated to communities that they match ethnically and linguistically. Sharing strong ethnic and linguistic ties with the local community is crucial because the behvarz need to understand local customs to collect sensitive health information for the community they are serving. Over time, Iran’s health houses have drastically improved health indicators across the country’s rural areas (Sajadi and Majdzadeh, 2019).

Opportunities and Challenges for Science Diplomacy between Rival States

Although the experts were given several opportunities during their time working together, they also faced major challenges. Eventually, this is what brought the collaboration to an end.

Three factors were crucial for the initial success of science diplomacy in my case study:

First, high-ranking support. Several high-ranking incumbent and ex-policymakers supported the collaboration in both the US and Iran. In the US, then Vice President Biden was in favor of the project because it fit well with President Obama’s conciliatory “new beginning” strategy for the Middle East. In Iran, several incumbent and ex-policymakers backed the public health partnership because as former public health professionals, they were either interested in the project’s outcomes or saw the collaboration as a way to improve the image of Iran abroad.

Second, relevant political and cultural network. The collaboration involved experts who had contacts to policymakers in the US and Iran and a good understanding of their interests. Furthermore, the US experts brought in a public health researcher who – as a US-Iranian – was familiar with both countries and thus able to facilitate trust-building between Iranian and US colleagues.

Despite the initial success of the collaboration, three events eventually led to its downfall. First and most importantly, the collaboration was immediately halted when one of the Iranian partners ran as a hardline presidential candidate. This move led several US policymakers who had initially backed the project to withdraw their support. Second, after one of the US public health experts passed away, the remaining US team fell apart. Third, even before these two incisive events, the US experts experienced considerable opposition from local and regional policymakers towards their initiative and as a result had trouble securing sufficient funding.

Graticola I (2020) 8 Facts about Healthcare in Iran. Available at: https://borgenproject.org/facts-about-healthcare-in-iran/ (accessed 24 June).

Sajadi HS and Majdzadeh R (2019) From Primary Health Care to Universal Health Coverage in the Islamic Republic of Iran: A Journey of Four Decades. Archives of Iranian Medicine 22(5): 262-268.

More articles from the blog

Michaela Martin and Christine Emeran A result of the rapid expansion and diversification of the higher education sector is that academic quality has come under greater scrutiny. The development of internal quality assurance (IQA) systems by higher education institutions (HEIs), as a means of monitoring and managing quality, constitutes one of the most important reform […]

(In) voluntary mergers in higher education: a story from Norway | B-STA-R: A new dataset to study science diplomacy and global science | Knowledge Politics and Policies @ ECPR 2021 General Conference | From semester to credit hour – the historic making of academic time as a strategic resource | About time to research higher education! – A workshop-based reflection on European higher education research(ers) in times of uncertainty |
Avatars by Sterling Adventures