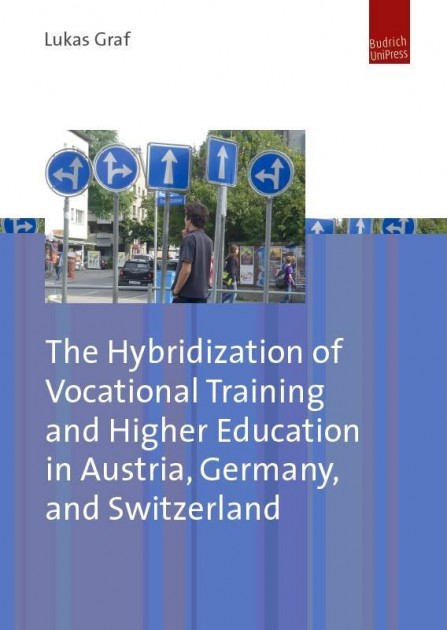 This entry looks at institutional changes in the relationship between vocational education and training (VET) and higher education (HE) in Austria, Germany, and Switzerland[i]. It is quite common for foreign observers to praise these three countries for the quality of their VET systems. All three countries are part of the “collective skill system cluster” (Busemeyer and Trampusch 2012) and are renowned for their extensive dual apprenticeship training systems at upper-secondary level. Dual apprenticeship training distinguishes itself from vocational training in most other European countries as it integrates training in schools and companies on the basis of extensive mediation and coordination between the state, employers, and labor representatives. In this “dual corporatist” model, practical vocational training plays a more dominant role than academic, general education – at least when compared to the two other “classic” training models, the “liberal market economy” model (e.g., in the United Kingdom) and the “state-regulated bureaucratic” model (e.g., in France) (Greinert 2005).

However, in recent years Austria, Germany, and Switzerland have also faced increasing criticism regarding the lack of permeability they provide between VET and HE. That is, as well as having an extensive system of dual apprenticeship training, there is also a historically evolved strong institutional divide between the fields of VET and HE in all three countries. In analyzing the case of Germany, Baethge (2006) has referred to this institutional divide as an “educational schism.” In fact, it can be argued that the education systems of Austria, Germany, and Switzerland are made up of two separate organizational fields, one for VET and one for HE. Over the past decades this institutional divide has been increasingly called into question. For example, the demand for skills in the workplace has changed towards more general analytical skills and away from narrowly defined job-specific skills, which challenges the main emphasis of vocational education and training practices. Furthermore, the rise in the level of average skill requirements in the service economy and knowledge society, as well as the rise in young peoples’ educational aspirations, call for greater permeability between the fields of VET and HE.

Given that the above-mentioned educational schism hinders individuals’ mobility between the respective organizational fields, institutional changes in the relationship between the fields of VET and HE that would lead to increased inter-sectorial permeability are central to enhancing educational and social mobility and life chances. In Austria, Germany, and Switzerland children are usually sorted into vocationally-oriented or academically-oriented school tracks at a very early stage (in some cases by the age of ten). An increase in institutional permeability between VET and HE would reduce the impact of entering a specific educational pathway at an early stage on the range of alternative educational pathways feasible at a later stage and, hence, contribute to the “de-endogenization” of individual life courses. This is all the more relevant since some parts of the VET systems in Austria, Germany, and Switzerland are struggling to provide young people with training opportunities or decent chances on the labor market. In addition, the institutional divide between VET and HE is being increasingly challenged by recent developments at the European level. European education and training reforms, like the Bologna and Copenhagen processes, have been gaining in strength incrementally but forcefully, and have also been demanding greater mobility between VET and HE (Powell et al. 2012). In this context, one of the key tools is the European Qualification Framework (EQF), which was formally adopted by the European Parliament and Council in April 2008. One of the basic goals of the EQF is to increase permeability between VET and HE, as it subsumes both under one qualification framework on the basis of a review of all qualifications available within a national education system by the relevant national stakeholders.

In consideration of the variety of contemporary dynamics in skill formation sketched above, the following question arises: How do the relatively similar skill formation systems in Austria, Germany, and Switzerland deal with the aforementioned challenges to the rigid institutional divide between VET and HE and with what implications for institutional permeability between these two organizational fields? Baethge (2006, on Germany) argues that the separate institutionalization of and the resulting divide between VET and HE stem from the pre-industrial era and are rooted so deeply in the social structure of society, as well as the mode of diversified quality production, that all efforts at reform over the 20th century have failed to transform it. From this perspective, there seems to be little prospect for transformative change in the divided relationship between VET and HE.

However, based on document analysis and, most importantly, several dozen expert interviews carried out with key stakeholders in all three countries between 2010 and 2011, the key finding from my fieldwork in Austria, Germany, and Switzerland is that all three countries are increasingly relying on hybridization – a specific combination of organizational and institutional elements from the two organizational fields of VET and HE – to introduce gradual institutional reforms within their long-established skill formation systems. However, due to specific factors in the respective national institutional contexts, hybridization is realized in distinct organizational forms: (1.) the dual study programs in Germany,(2.) the berufsbildende höhere Schule (higher vocational school with higher education entrance qualification, BHS) in Austria, and (3.) the Swiss organizational configuration of universities of applied sciences that directly build on dual apprenticeship training and a vocational baccalaureate.

(2.) The berufsbildende höhere Schule (BHS), which takes one year longer than the general academic schools to complete, offers a five-year course that is open to everyone who has successfully completed the eighth school grade. The BHS leads to a double qualification, namely an academic baccalaureate and a VET diploma. The academic baccalaureate provides access to HE, while the VET diploma grants the right to exercise higher-level occupations. After three years of relevant professional experience, graduates from the BHS of engineering, arts and crafts and the colleges of agriculture and forestry can apply for the title “Engineer” (Standesbezeichnung Ingenieur).

Indeed, I found that these hybrid organizational forms – which signify a puzzling phenomenon considering conventional theories on skill formation in Austria, Germany, and Switzerland – represent a form of institutional permeability. However, they also signify a new premium sector, for example in terms of social prestige and labor market prospects. Furthermore, these hybrids are quite unique in international comparison. This is mainly because they build on a level of parity of esteem between VET and HE that cannot be found in more school-based VET systems like in France or VET systems that are more oriented towards “learning-on-the-job” like in the UK or the US. As the above-mentioned hybrid organizational forms are located at the nexus of the traditional organizational fields of VET and HE, their development reflects – and can provide a novel perspective on – institutional dynamics in both of these fields.

Dr. Lukas Graf works at the Institute of Education and Society (University of Luxembourg). Previously Lukas was a research fellow at the WZB Berlin Social Science Center where he studied the changing relationship between vocational training and higher education in international comparison.

[i] The post draws on a recent book: Graf, L. (2013) The Hybridization of Vocational Training and Higher Education in Austria, Germany, and Switzerland. Opladen/Berlin/Toronto, Budrich UniPress.